Find out if Intel's Core i9 9900 processor is good for gaming.

In addition to discussing the characteristics of the 9900 for gaming, this article will discuss recommendations for compatible motherboards, CPU coolers, and memory.

Check out my article, Choosing the Best CPU Cooler for Intel's Core i9-9900

The 9900's 16 MB of L3 cache is mediocre for performance with the latest graphics-intense games. 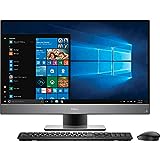 Increased core counts can improve the performance of games that use them, but most modern games don't benefit from having more than 6–8 cores. Remember that cache sizes often increase along with core counts, so if you want to increase your L3 cache, you may need to get a CPU with more cores. Intel's 9900 CPUs have 8 cores.

The 9900's 8 cores allow for excellent performance with the latest graphics-intense games.

Is the Clock Speed of the 9900 Good for Gaming?

The 9900 CPU's lack of support for overclocking cannot benefit performance with the latest graphics-intense games.

The processor has a 3.10 GHz base frequency and supports a 5.00 GHz single-core max turbo frequency.

The 9900's 3.10 GHz base frequency is mediocre for performance with the latest graphics-intense games. You can reach these base frequencies even without a high-end cooler.

Check out my article, Choosing the Best CPU Cooler for Intel's Core i9-9900

Is the DDR Support of the 9900 Good for Gaming?

The 9900 CPU's support for DDR4 with a max stock speed of 2666 MT/s can be mediocre for performance with the latest graphics-intense games.

The 9900 model name doesn't have a K suffix. Non-K CPUs can not be overclocked.

Motherboard Requirements for Core i9-9900 Processors

For Intel's 9th generation Core i9 9900 processor, you'll need a motherboard with an LGA 1151 socket and 300-series chipset.

For a detailed comparison of these chipsets, check out my article Which Chipsets Work With Intel's Core i9-9900 CPU?

You can find detailed 9900 specifications on Intel's site.