Learn whether you have to upgrade your PCIe 2.0 or PCIe 3.0 graphics card to work in a newer PCIe 4.0 motherboard slot and how graphics performance could be affected.

Newer graphics card prices have been inflated by up to 100% of MSRP over the past year due to various factors, including chip shortages triggered by the pandemic and high demand from crypto miners and holiday shoppers.

However, the prices are now dropping to MSRP for some cards, and the availability of graphics cards is no longer an issue. You can find some Nvidia cards recently in stock in our article on Nvidia graphics card availability

You may be wondering whether to hold off on buying a new graphics card while you upgrade the rest of your system. If you are considering upgrading, you may be able to save a little by selling your old graphics card.

Let's dig into whether you can keep using your old graphics card in your new system.

For PCIe 4.0 graphics cards, maximum graphics throughput can only barely exceed that of PCIe 3.0. For this reason, the benefits of upgrading your graphics card to PCIe 4.0 will be minor. However, other differences between PCIe 4.0 and PCIe 3.0 graphics cards could impact performance, unrelated to the PCI-Express version.

versions are backward compatible, meaning that you can use a PCIe 4.0 graphics card or storage device on a PCIe 3.0 or PCIe 2.0 system. However, PCI-Express will use speeds based on the lowest of the two versions for communication. For example, if you use a PCIe 4.0 video card with a PCIe 3.0 system, the video card would be running at PCIe 3.0 speeds.

You can refer to the following table to determine the bandwidth limit and decide whether that is adequate for your needs.

PCIe versions are also forward compatible, meaning that you can use a newer PCIe device with an older system. Similarly, PCI-Express will use speeds based on the lowest of the two versions for communication.

Intel has released their PCIe 5.0 CPUs. Check out Which Intel and AMD CPUs Support PCIe 5.0? 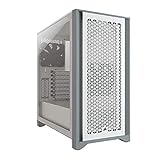 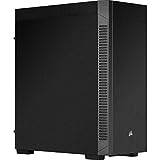 The performance improvement when upgrading graphics to PCIe 4.0 from PCIe 3.0 is currently pretty minor.

Both Nvidia and AMD graphics cards supporting PCI-Express 4.0 are available.

Some CPUs and motherboards provide PCI-Express lanes at multiple PCIe versions. In these cases, you can choose which devices need the most bandwidth to decide which should be connected to the highest version PCIe lanes. While laying out your system, keep in mind that PCIe speeds will be based on the lowest PCIe version between the slot/port and the device.

PCI-Express will negotiate how many lanes will be used, and your card will work at its full speed, assuming the PCIe slot has the same or higher PCIe version.

Want to brush up on the latest PCIe products, versions, and features? Check out the articles in this PCI-Express series: