Find out the TDP of Intel's 9th generation Core i7 9700K processors.

This article will discuss the TDP of the 9700K. Additionally, we will provide recommendations for compatible CPU coolers, motherboards, and memory. 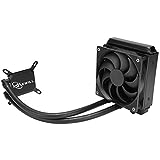 Check out our Recommended Motherboards for 9th Gen CPUs 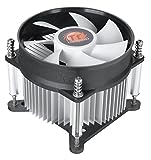 The easiest way to find a CPU cooler that will work for your computer is to search by socket type. For example, the 9700K uses an LGA 1151 socket, so you would search for an LGA 1151 CPU cooler.

For Intel's 9th generation Core i7 9700K processor, you'll need a motherboard with an LGA 1151 socket and 300-series chipset.

The "K" in the model name 9700K means it's an unlocked processor that supports overclocking. You will need a motherboard with the Z390 or Z370 chipset to support CPU overclocking.

For a detailed comparison of these chipsets, check out my article Which Chipsets Work With Intel's Core i7-9700K CPU?

You can find detailed 9700K specifications on Intel's site.