Find out if Intel's Core i5 13600K processor is good for gaming.

In addition to discussing how good the 13600K is for gaming, this article will discuss our recommended:

When using Intel's Core i5 13600K CPU for gaming, you can expect good game performance with either a high-performance CPU cooler or a stock CPU cooler.

Check out these Intel Core CPUs that are Good or Excellent for gaming:
Recommended Motherboards for the Core i5 13600K:
Best Motherboard

The 13600K's 24 MB of L3 cache is good for performance with the latest graphics-intense games. 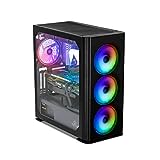 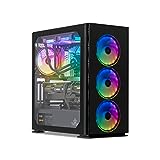 The P cores are comparable to previous generation cores. Running a game will primarily use P cores.

The 13600K's 6 Performance cores allow for good performance with the latest graphics-intense games.

When using a high-end cooler, the 13600K CPU's support for overclocking can be excellent for performance with the latest graphics-intense games.

The 6 Performance cores have a 3.50 GHz base frequency and support a 5.10 GHz max turbo frequency.

The 13600K has a 3.50 GHz base frequency, which is the speed before boosting. You can reach these base frequencies even without a high-end cooler.

Check out my article, Choosing the Best CPU Cooler for Intel's Core i5-13600K

The 13600K CPU's support for DDR5 with a max stock speed of 5600 MHz can be excellent for performance with the latest graphics-intense games.

Learn more about DDR in DDR4 vs. DDR5? Which You Should Buy

The 13600K model name has a K suffix. K-suffixed CPUs can be overclocked with a compatible motherboard. 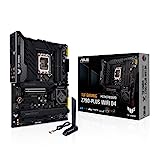 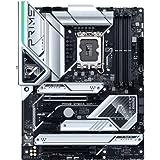 For a detailed comparison of these chipsets, check out my article Which Chipsets Work With Intel's Core i5-13600K CPU?

Check out my article, Choosing the Best CPU Cooler for Intel's Core i5-13600K

You can find detailed 13600K specifications on Intel's site.