Find out if AMD's Ryzen 3 1200 processor is good for gaming.

In addition to discussing the characteristics of the 1200 for gaming, this article will discuss recommendations for compatible motherboards, CPU coolers, and memory. 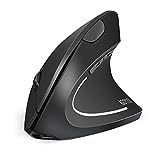 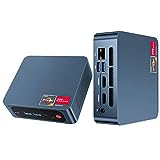 When using AMD's Ryzen 3 1200 CPU for gaming, you can expect poor game performance with either a high-performance CPU cooler or a stock CPU cooler. This performance is based on the following characteristics of the CPU and their relevance to the latest graphics-intense games:

Check out these AMD CPUs that are Good or Excellent for gaming:

Check out my article, Choosing the Best CPU Cooler for AMD's Ryzen 3 1200

The 1200's lackluster 8 MB of L3 cache is poor for performance with the latest graphics-intense games.

The 1200's 4 cores allow for mediocre performance with the latest graphics-intense games.

Is the Clock Speed of the 1200 Good for Gaming?

The 1200 CPU's lack of support for overclocking cannot benefit performance with the latest graphics-intense games.

The processor has a 3.1 GHz base frequency and supports a 3.4 GHz single-core max boost frequency.

The 1200's 3.1 GHz base frequency is mediocre for performance with the latest graphics-intense games, when not boosting. You can reach these base frequencies even without a high-end cooler.

Check out my article, Choosing the Best CPU Cooler for AMD's Ryzen 3 1200

Is the DDR Support of the 1200 Good for Gaming?

The 1200 CPU's support for DDR4 with a max stock speed of 2667 MHz can be mediocre for performance with the latest graphics-intense games.

The 1200 model name doesn't have a G suffix. Non-G CPUs do not contain integrated graphics, and a separate graphics card is required.

For AMD's Zen-based Ryzen 3 1200 processor, you'll need a motherboard with an AM4 socket and a compatible chipset.

The X470 and B450 are our recommended chipsets for the Ryzen 3 1200 CPU, as they provide the most functionality among compatible chipsets.

For a detailed comparison of these chipsets and PCIe speeds, check out my article Which Chipsets Work With AMD's Ryzen 3 1200 CPU?

Recommended Motherboards for the Zen 1200

The boxed version of the Ryzen 3 1200 CPU comes with the Wraith Stealth CPU cooler. While stock coolers will prevent your CPU from overheating, your CPU will throttle its performance during games and other intensive tasks. Higher TDP coolers will keep your CPU at turbo speeds for longer durations. Stock coolers are often quite loud at their maximum speed.