Find out how to choose the best CPU cooler for AMD's Zen 2-based Ryzen 9 3900 processors.

This article will discuss choosing a CPU cooler for AMD's Ryzen 9 3900 processor.

The Ryzen 9 3900 is an OEM-only CPU, meaning that it is only available in pre-built computers. You can't purchase a boxed or tray version of it.

How to Choose the Best Cooler for the 3900

The easiest way to find a CPU cooler that will work for your computer is to search by socket type. For example, the 3900 uses an AM4 socket, so you would search for an AM4 CPU cooler. 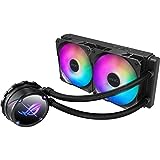