Find out how many cores Intel's 12th generation Core i7 12700K processors have.

In addition to discussing the number of cores in the 12700K, this article will discuss recommendations for compatible motherboards, CPU coolers, and memory.

Check out our Recommended Motherboards for the 12th Gen 12700K

Currently, only Windows 11 makes optimal use of the Intel Thread Director.

Linux support for the Intel Thread Director will be available in version 5.18, which is expected to be released in the Spring of 2022. Without this update, Linux will typically prioritize P cores over E cores using the less efficient implementation that uses the Turbo Boost Max 3.0 driver.

The 8 Performance cores have a 3.60 GHz base frequency and support a 4.90 GHz max turbo frequency.

The 4 Efficiency cores have a 2.70 GHz base frequency and support a 3.80 GHz max turbo frequency. 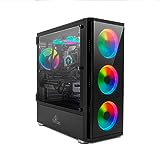 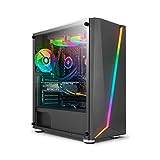 The 12700K model name has a K suffix. K-suffixed CPUs can be overclocked with a compatible motherboard.

For Intel's 12th generation Core i7 12700K processor, you'll need a motherboard with an LGA 1700 socket and a compatible 600-series chipset.

For a detailed comparison of these chipsets, check out my article Which Chipsets Work With Intel's Core i7-12700K CPU?