Find out if Intel's Core i3 10100T processor is good for gaming.

In addition to discussing how good the 10100T is for gaming, this article will discuss our recommended:

When using Intel's Core i3 10100T CPU for gaming, you can expect poor game performance with either a high-performance CPU cooler or a stock CPU cooler.

The 10100T's lackluster 6 MB of L3 cache is poor for performance with the latest graphics-intense games. 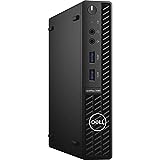 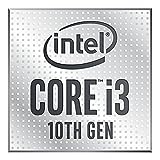 The 10100T's 4 cores allow for mediocre performance with the latest graphics-intense games.

The 10100T CPU's lack of support for overclocking cannot benefit performance with the latest graphics-intense games.

The processor has a 3.00 GHz base frequency and supports a 3.80 GHz single-core max turbo frequency.

The 10100T has a 3.00 GHz base frequency, which is the speed before boosting. You can reach these base frequencies even without a high-end cooler.

The 10100T CPU's support for DDR4 with a max stock speed of 2666 MHz can be mediocre for performance with the latest graphics-intense games.

The 10100T model name doesn't have a K suffix. Non-K CPUs can not be overclocked.

You can find detailed 10100T specifications on Intel's site.