Find out how many cores AMD's Zen 3-based Ryzen 3 Pro 5350GE processors have.

In addition to discussing the number of cores in the Pro 5350GE, this article will discuss recommendations for compatible motherboards, CPU coolers, and memory.

The Ryzen 3 Pro 5350GE CPU isn't available in a boxed version. However, you may be able to purchase it in a tray version or as part of a pre-built computer. 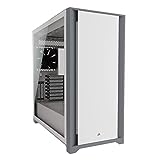 AMD's Ryzen 3 Pro 5350GE CPUs have 4 cores. The processor has a 3.6 GHz base frequency and supports a 4.2 GHz max boost frequency.

Check out our Recommended Motherboards for the Ryzen 3 Pro 5350GE

How Many Threads Does the Pro 5350GE Have?

The AMD Ryzen 3 Pro 5350GE has 8 threads. The processors provide two threads for each of the 4 cores.

At What Frequency Does the Pro 5350GE Run?

The processor has a 3.6 GHz base frequency and supports a 4.2 GHz max boost frequency.

CPU Cooling for the Pro 5350GE

For AMD's Zen 3-based Ryzen 3 Pro 5350GE processor, you'll need a motherboard with an AM4 socket and a compatible chipset.

The X570 is our recommended chipset for the Ryzen 3 Pro 5350GE CPU, as it provides the most functionality and the ability to upgrade to a newer AM4 CPU in the future.

For a detailed comparison of these chipsets and PCIe speeds, check out my article Which Chipsets Work With AMD's Ryzen 3 Pro 5350GE CPU? 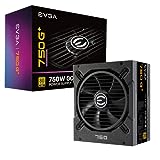